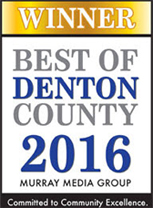 WHOSE JOB IS IT TO STOP DISTRACTED DRIVING?

On behalf of Devon DuPuy of Lloyd & DuPuy PLLC posted in Personal Injury on Friday, October 7, 2016.

Distracted driving is a major problem and doesn’t seem to be going away anytime soon. In 2014, distracted drivers killed 3,179 people and injured 431,000. It’s not a secret that distracted driving is very dangerous, and yet for many, knowing the risks of driving while texting, talking on the phone, adjusting music or using a navigation system just isn’t enough to keep them from doing it.

If individual drivers can’t control themselves, it may be up to technology to do it for them. Whether tech manufacturers decide to put their resources behind such endeavors is another question

Apple, for example, filed a patent in 2008 that was accepted in 2014 that would make it impossible for a driver to text while operating a vehicle. The technology, however, has not yet been developed.

Manufacturers aren’t the only ones thinking about the balance of responsibility for distraction-related crashes. A Texas lawsuit has charged that Apple bears some responsibility for knowing that their products (iPhones in particular) could be used in a dangerous manner and at the same time doing nothing about it.

Whoever may bear responsibiltiy for distraction-related car accidents, obviously it’s better not to get into one in the first place. Unfortunately, even the most vigilant driver can’t be 100% protected from the poor decisions of others. If you or your loved ones are injured or a loved one loses their life in a distraction-related crash, it’s important to consult with an experienced personal injury lawyer who can help you secure the maximum possible compensation.